It's sunny but cold today!

I don't have much news for you guys but there are some photos. Little Blitzy was not feeling too good last week. We gave her some monthly cat drops but this time, we switched to a different brand and I think it affected her. It's slightly stronger than her usual drops and she was a bit lethargic for a few days but soon, she returned to her old self!

The other day, my Mom and I looked through our kitchen window and spotted Josh enjoying the sun oustide, he was sitting in the rocky mud part of our driveway. He loves rolling in the sandy soil!
I don't have any photo's of Curly today but you can gladly take a look at the new video I uploaded on YouTube. It's of Curly and Kenzo, it was actually taken a while ago but I only uploaded it now, Curly's fur is much shorter in the video.
I've learned how to directly publish my YouTube videos to my blog post, so here it is!


This week, we drove to Efaye, it's not too far away. It's a rural area where we usually do missionary work. Since I was a child, we had been going into the Efaye area, giving out food parcels and clothing to the people. I remember how exciting it was for us, we would buy loads of food and also sweet stuff for the kids. Then at home, my brother and I would be busy sorting the sweets and chocolates out into little gift packs, together with some juice and chips too. My parents would pack bigger food parcels for the adults. We enjoyed going to a large food warehouse to buy the food in bulk. The next day, we squeezed into our car with all the food packed around us, at that time we didn't have a very big car, sorta average sized. We know a lady named Lungi, she was our previous housekeeper in Wartburg. Mama Lungi is like a second mother to us, our Zulu mother. ;)
We lived in Wartburg when I was quite small, it was just before we moved to New Zealand. We moved a lot! Anyway, it is a small German farming town, very quaint, it has a special place in our hearts! Efaye is not far from Wartburg and that's where Mama Lungi and her family stay, we would off-load some of the food and clothes there and the rest we would give to people as we drove through the village, it's still very rural but now, there are some small improvements to the dirt road. If one can say so! Now, there are many schools too and proper buildings. The road leading up to Mama Lungi's house is quite high because there are many little hills and it's steep but the view is breathtaking!

The Joosten families live in Efaye, do you remember that I mentioned Onkel Hogard and Tante Inge Joosten in my last post? The Joosten family own 3 farms there because the sons, Onkel Philip and Onkel Andre have their own farms too.

Alright, that's all from me!
God bless,
Sele'ha Mikhaila ♡♡♡♡ 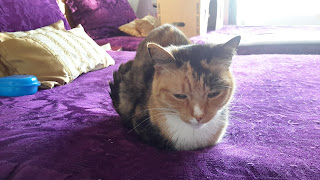 This is her the day after we gave her the drops....poor kitty.

Can you spot Joshy in the distance? He's sitting straight up. 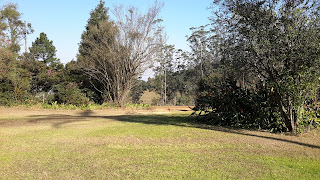 When I came closer, he threw himself down and rolled in the mud! 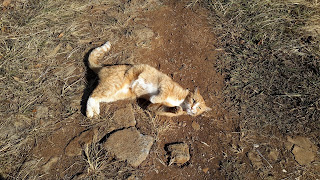 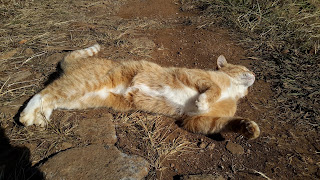 He is very photogenic 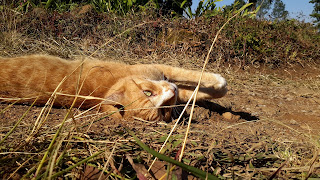 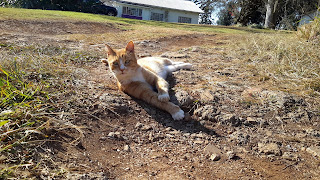 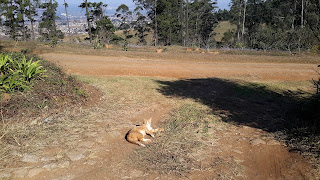 This is in Efaye, there is a rondavel at the back. 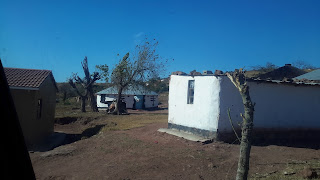 The view is so beautiful 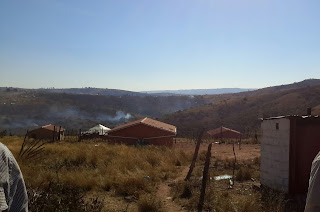 Blitz watching Joshy through the window. 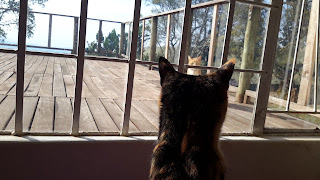 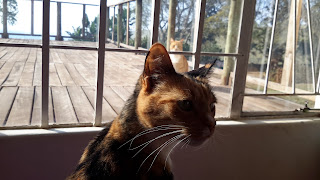