A Deceitful Tabby & A Doggy Duo

I had a lot of photo's to share with you guys but I narrowed them down a bit so that it's not too many at once!

Well, nobody has seen that python again....he's MIA.....so to say. ;)
I'm still crocheting and loving it though I do have to give my hands a rest from time to time, my right hand is being exercised a lot these days! I have also been sketching again and I've always found it to be so relaxing and stress-relieving....well for me, at least! I'm almost done with a picture of an eagle, I'm excited about this one! I don't recall sketching an eagle before so it's a learning experience too.
I started another sketch on the side line, it's of a creek. I don't usually (if ever) sketch scenery, I don't have a particular reason as to why. I guess I enjoy drawing animals more and the occasional portrait. My Dad is good with portraits though, really good! He recently did one of my Mom, it looks great.

Anyway, now to the news in the animal world...I have some photo's of Kenzo, the big black Labrador. I literally LOVE this dog! He doesn't come as often as before but when he does come, Curly and I enjoy spending some time with him. He has a strict diet so we don't give him any tidbits etc.
This time, however, he was more interested in visiting us than Curly and she was not pleased! She kept trying to get his attention but he was not interested in playing roughly as they are accustomed to. Poor Curly!

My Grandmother was here again for about a week, it's always nice having my grandparents here! Little Blitzy gets spoiled because my Gran spends quality time with her, scratching her ears and so on....usually my Mom is the one who does that with Blitzy but my parents have been super busy these days and so Blitzy just manipulated my Gran into petting her.

Joshy has been catching like 2 or 3 rats per night and for a few days he had been leaving a rat outside my room window, on the deck. He tries to meow softly so that my parents don't hear him and scold him for waking me up at night. However, my Dad always catches him in the act and he never succeeds in getting my attention....just so that I can praise him for being such an excellent little hunter. The other day, he waited until my parents left for work and then he went out and caught a rat during the day! It was mid-morning, he proudly laid it on the deck at my window and meowed until I came to see. Of course, I had to humor him and act so grateful for this "gift" he had brought me. That rat looked so cute though, he was still clutching onto a little stick or something. Shame! 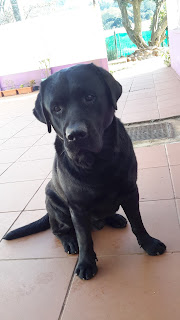 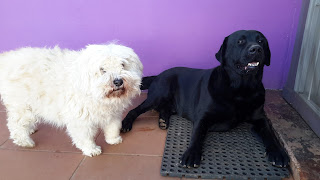 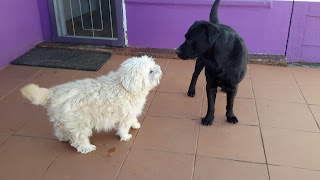 Josh is definitely not allowed here! 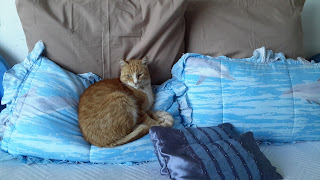 But just look at that face... 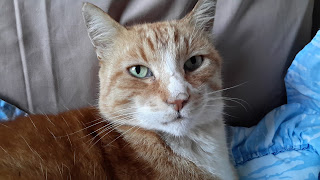 I crocheted another pair of baby booties. 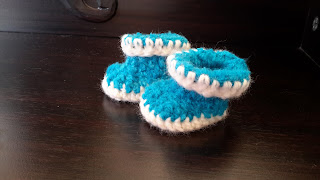 A cell-phone case/pouch I crocheted 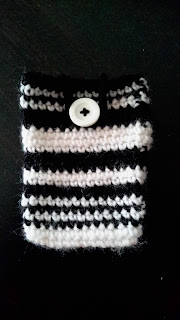 Blitzy loves her basket, she insists on sleeping with all her toys in there too. 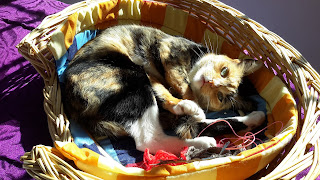 Joshy and his prey. 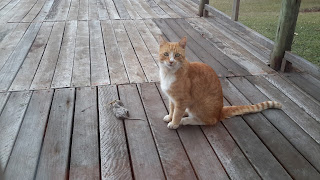 Blitzy looking at him through the window 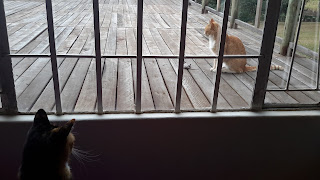 Curly's hair is so long, we combed it up to see the length! Like a mohawk. 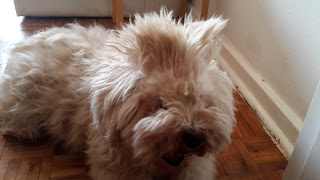 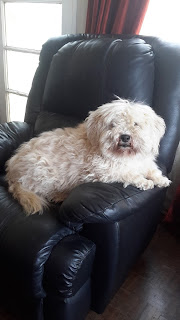 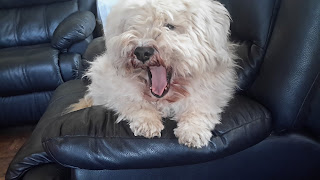 I love this photo of Blitzy 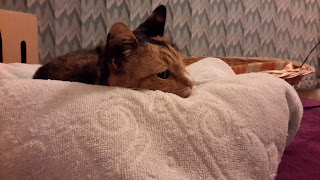 These beautiful flowers outside our kitchen window.