A Scratcher, a Special Cake & Some Pelmeni

It's time for another blog post, actually it's overdue....hehe ;)

A couple weeks ago, when my parents bought some stuff for Blitzy, the pet shop assistant mentioned that they could enter a competition to win a unique scratching toy for cats. So they entered away!
Last week, they phoned to say that we had won the competition! Blitzy received the scratcher! We had rarely won competitions in the past, especially pet related things, so this was great! My parents brought the scratcher home, it came with a packet of catnip but we decided to let her try it without the catnip first.....she is not too crazy about catnip unlike Joshy who LOVES it! She would generally roll around a lot when catnip is presented to her but after a while, she'd lose interest in it. Anyway, we set the scratcher down and she immediately sniffed it out and then proceeded to hop on top of it and....she began to scratch on it! Amazing!
Now, I know that this doesn't sound like something spectacular to those of you who don't understand Blitzy and Joshy....but they have never really used scratching posts. We bought a stand-up post a few years ago and Joshy used it once or twice and then never touched it again! Blitzy would just drop it down and sit on it. However with this one, she uses it everyday, as soon as she wakes up, during the day and before bed! I'd love to say that she stopped scratching our couches, carpets and chairs but that didn't happen! The scratcher is just added to the list of things that she sharpens her claws on. Hopefully, in time, she'd just use the scratcher!
Oh! Blitzy's not the only one who investigated the new "toy", Joshy came into my room and just curled up on it, preparing to sleep! We had to take him off otherwise Blitzy might not use it again. Curly is kind of oblivious to it until she walks right into it, which she has done a couple times. :D

It was Aunt Sivi's birthday on Monday, so, my Mum and I made a cupcake cake for her, in the shape of a cross. It looked great! We made it bright green, which is Aunty's favorite color. ;) She loved the cake! Cupcake cakes are really popular now, one can be quite creative with the design of the cake. We have also made a princess dress cake before, click here to see.
We also took Aunty Sivi out for dinner on Monday too, the food was good and it was an all round enjoyable evening.
On anther note, my Uncle has now been moved to a special hospital in Durban, he'll be there for roughly 2 weeks and can then move back home! The Lord is certainly good! It's still a long journey ahead for him but at least he's making improvement.

Blitzy has got a new habit of sleeping between the curtain and the window in the scullery. She hasn't been outside in ages and that's the closest thing to being outside for her, I guess. My Dad will install the gates on the deck soon and then she can go out whenever she pleases.
Yesterday, Caleb and I decided to make some Pelmeni! It's the Russian version of Ravioli basically, delicious! We made it from scratch although it sure does take time but I thinks it's worth it! We made a sauce to go with it but it's also nice with sour cream, yum!

Joshy loves this plastic cover for some reason! 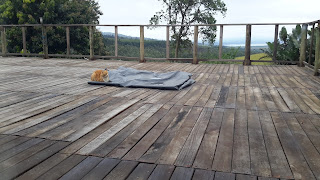 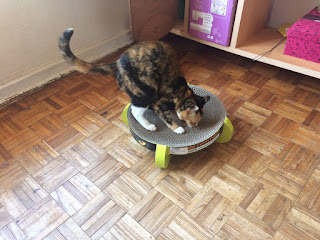 Joshy tried to claim it 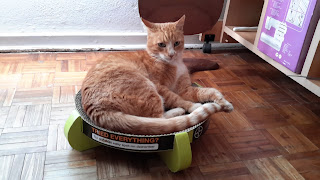 The cupcake cake that we made 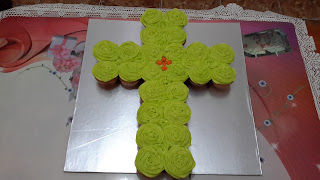 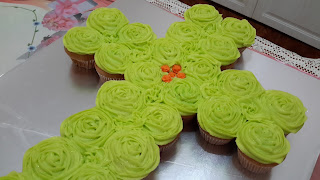 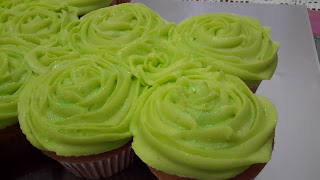 The cupcake holder that my grandparents bought! 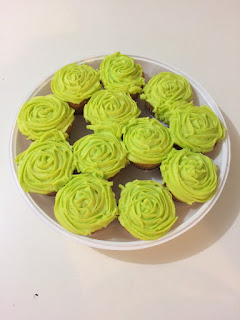 This is how she looks from outside 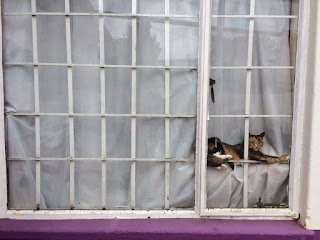 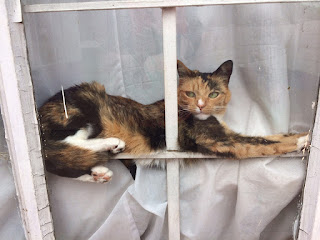 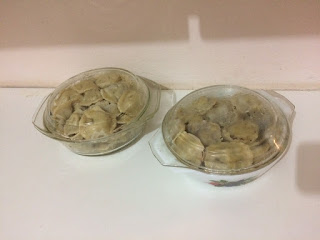 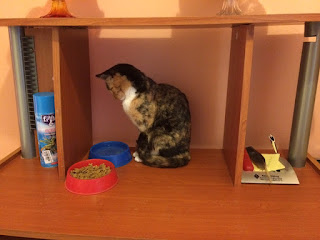