Sorry for the long wait but it's been a busy few days!
Okay, first of all, the "tortoise" is atually a turtle!
We took it to the exotic pet store and they told us it's a turtle! When we looked closely, it was true. My Mum named it Sam because we don't know whether it's a Samuel or a Samantha!! Sam has really become part of the family now. My parents bought him/her a nice big tank, some big and small stones, a pump, heater and a nice colourful light! We'll also get a plant or two. My Dad really likes Sam so, it's sort of his pet ;)

Sam has grown alot since we adopted him/her and now has a white underbelly and a green colour is starting to show on his/her head. Sam eats blood worms and turtle food sticks...yummyyy... :l Hahahaha :)

Blitzy only noticed it yesterday but I think she thinks it's a movie or something. She used to watch wildlife movies when she was a kitten. She hasn't tried to stalk or hunt Sam, instead she just watches!

Joshy and Curly are uninterested though. Curly had a bath the other day and she was feeling so nice and clean! It's winter here in Claridge and we're all trying to keep warm!

We hadn't seen Charcoal, the little grey cat, since February but then the other week he came to visit! His face is gone fatter but he came and greeted us as if it's the most natural thing in the world! That little grey kitty!

The custard apple tree's are bearing fruit now! We've been living here for 4 years and this is the first crop. My Dad had to hand pollinate the flowers but we're sure glad he did! They're getting nice and big though one or two did fall down. We'e covered them because of the monkeys and it seems to have worked.

Anyway, I must end off now! I'll update soon :) 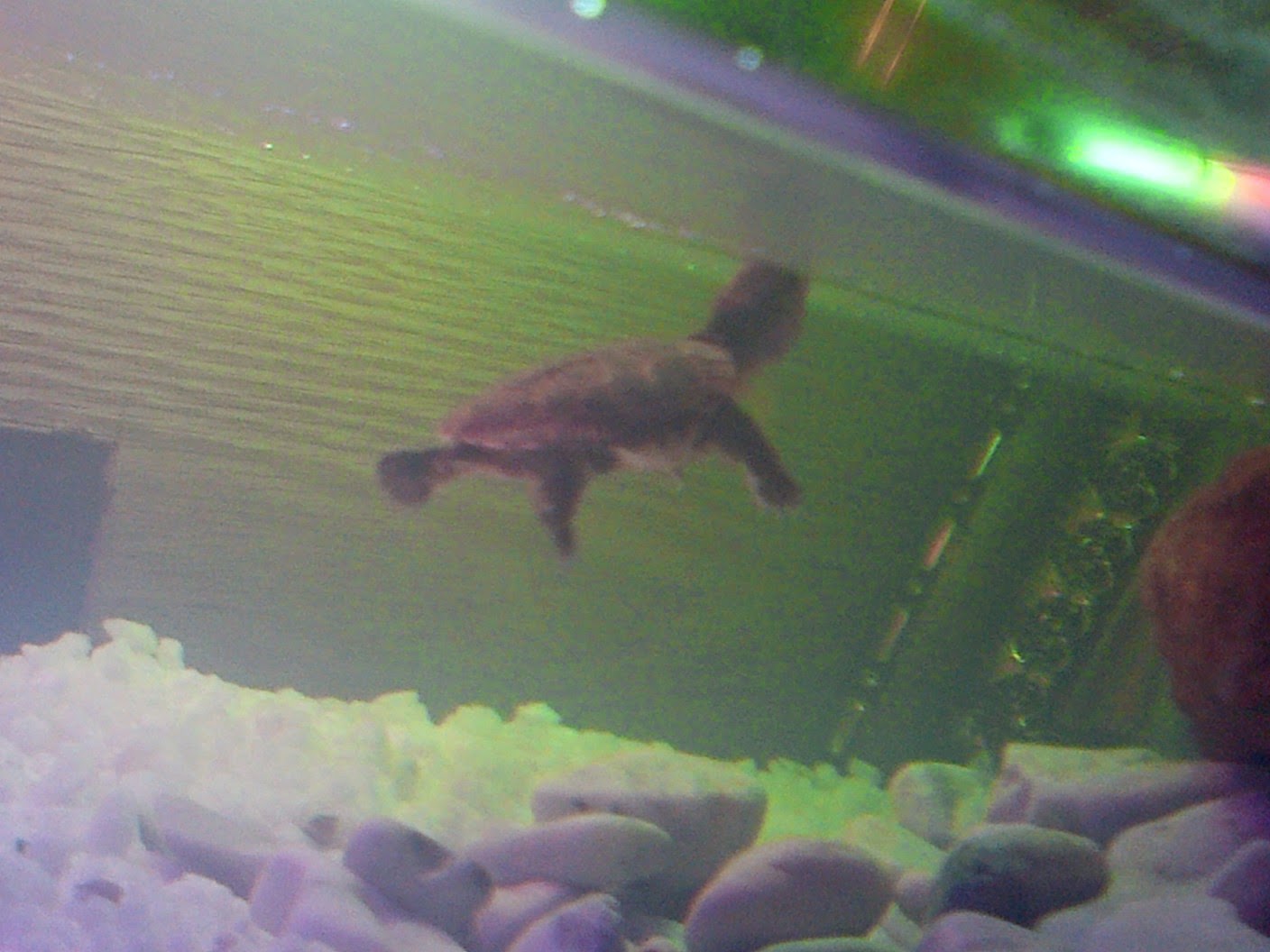 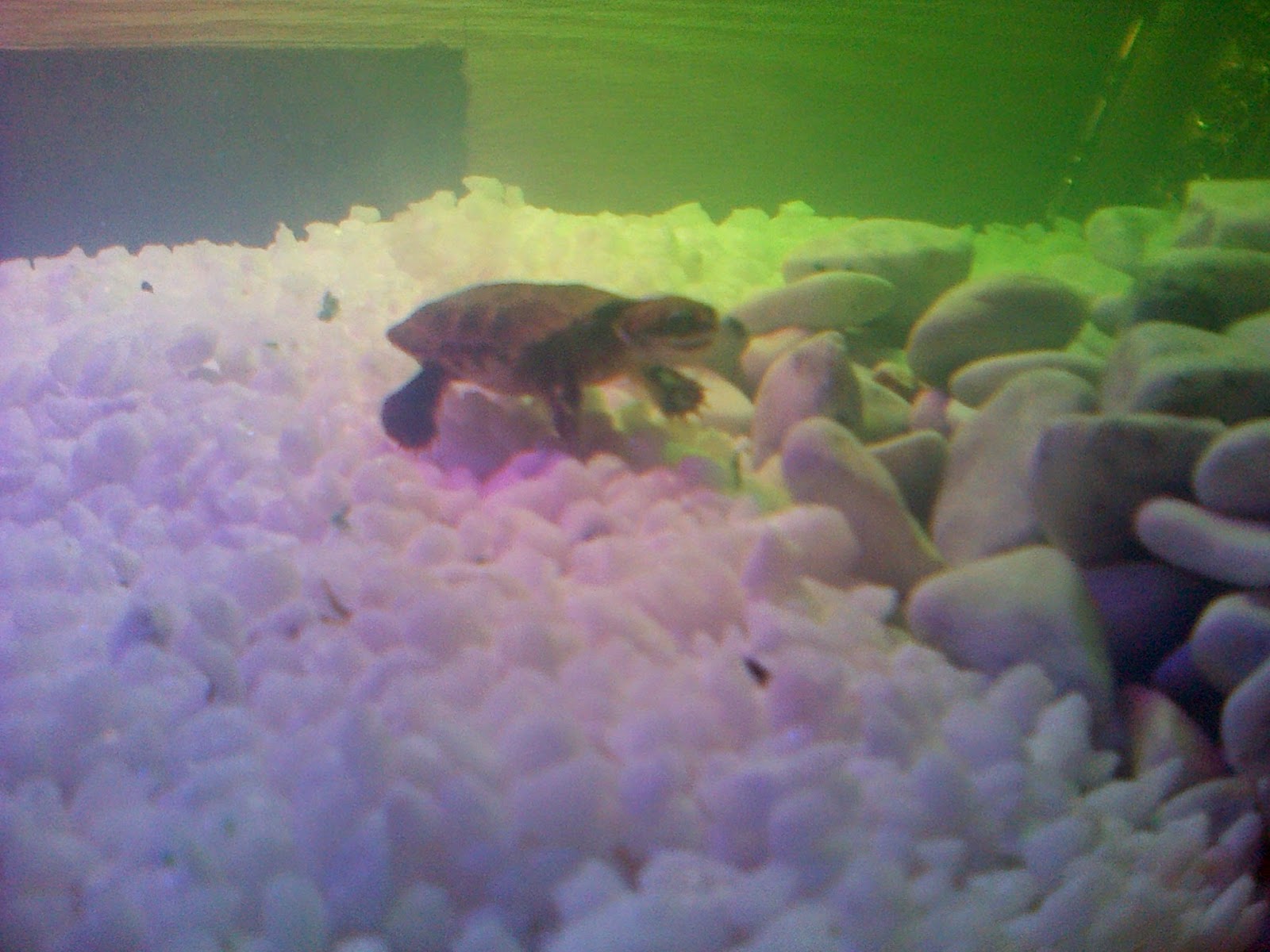 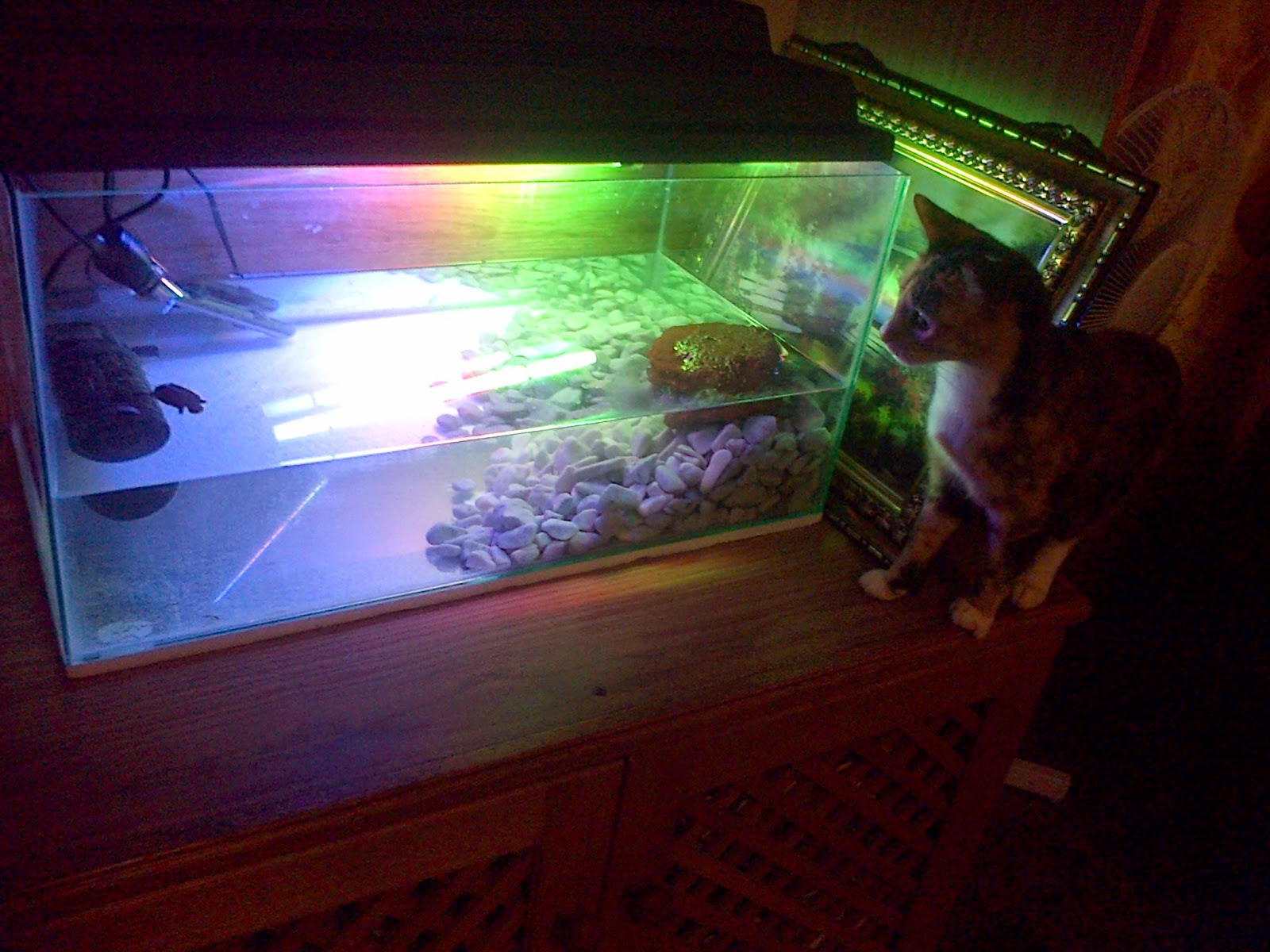 Uh-Oh....somebody found out about little Sammy! 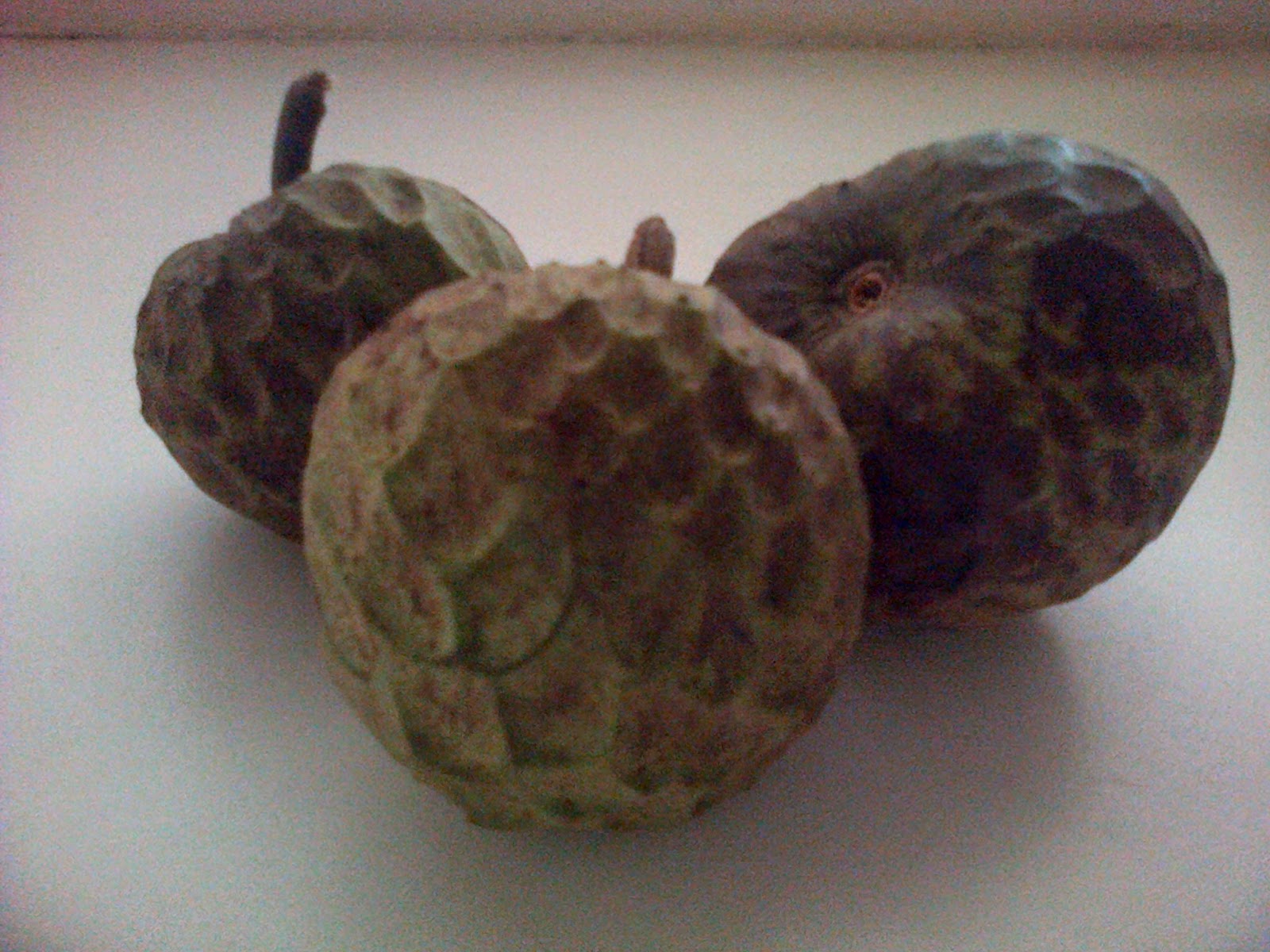 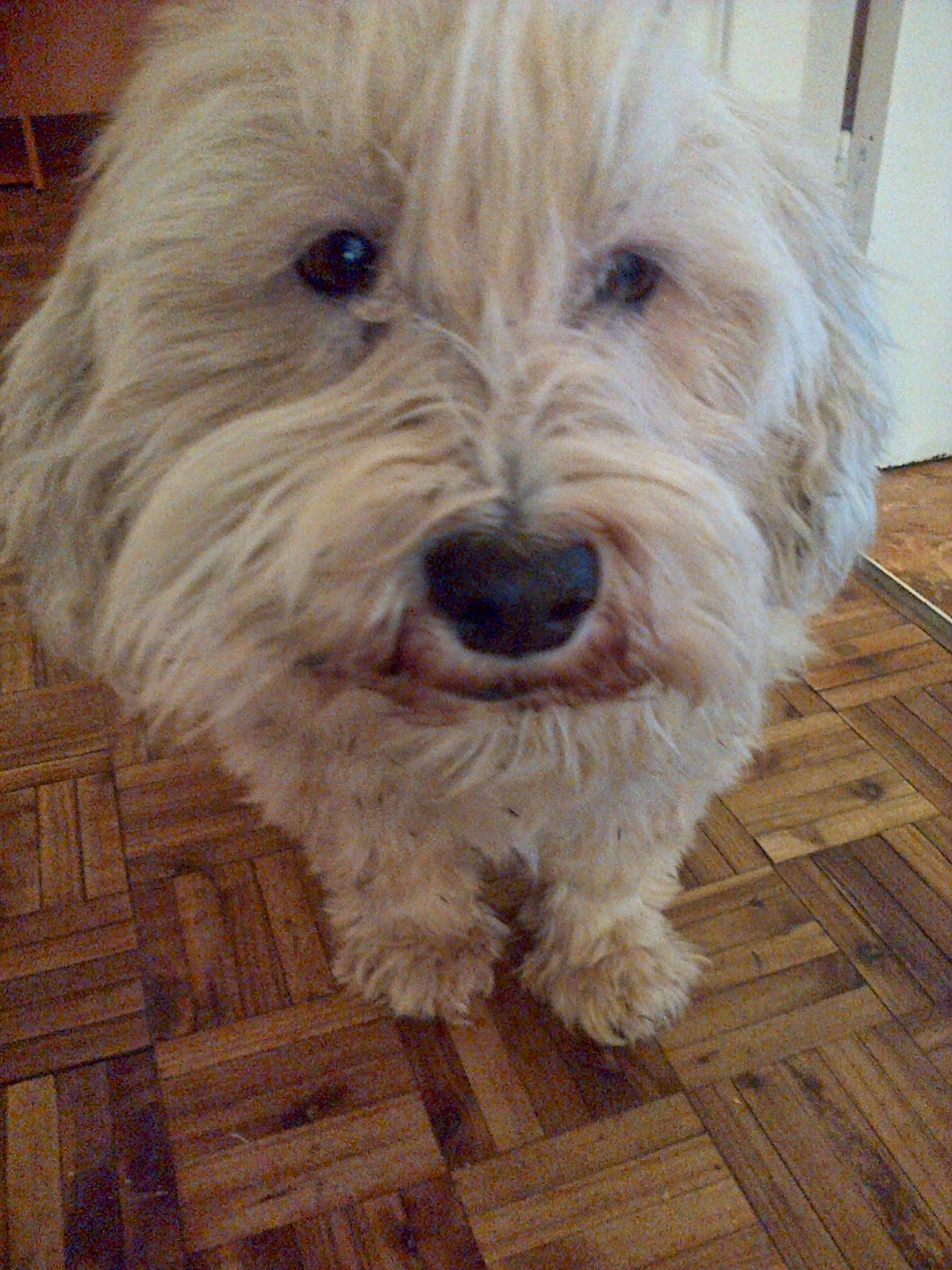 We gave Curly a little trim around her eyes :) cute hey?
Posted by Sele'ha Dhewnarian at 10:20 AM