We went for only 5 days but I sure have missed my 3 little munchkins! We got 2 cages because Curly obviously didn't need one. Then, we rushed to the kennels! Curly was confused at first as to who it was but when she did recognise us, she was jumping up and making all sorts of funny noises!!!

We then went to see the other two, Joshy covered himself completely with his blanky and was asleep! When we called him, he popped his little head out and meowed! Gosh, they were SO excited! He was

rubbing up against my hand from behind his enclosure. Little Blitzy was in her basket and she woke up to eat. Apparently she wasn't eating very well but when she saw us, she raced to her food bowl and started eating!

We put them into their cages and set off for home! Joshy was surprisingly calmer but as we reached home, the 3 of them were getting all restless and wanted to come out!

Joshy was a bit scared to be alone outside but he's settled down now and so have the girls! Praise the Lord!

I also took a photo of 2 little dogs at the kennels! They were so cute! 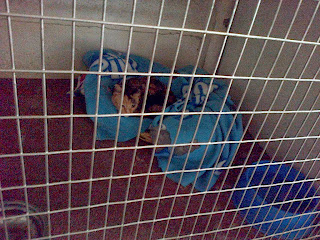 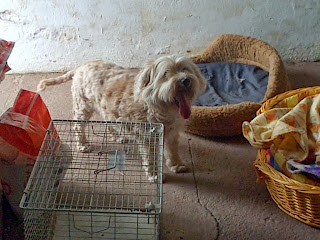 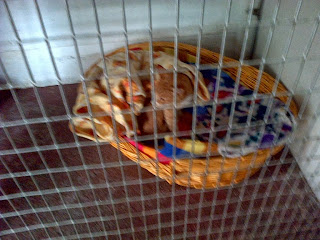 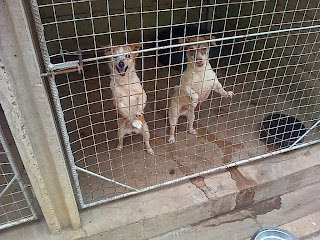 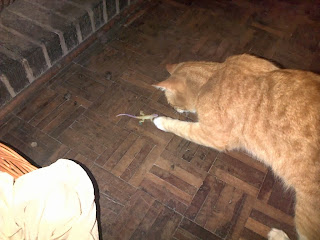 Joshy hadn't hunted for so long that he thought Blitzy's little plastic lizard was real and he started playing with it!! Shame!